Moon and star, two sided gemstone pendant . All hand made in the USA. 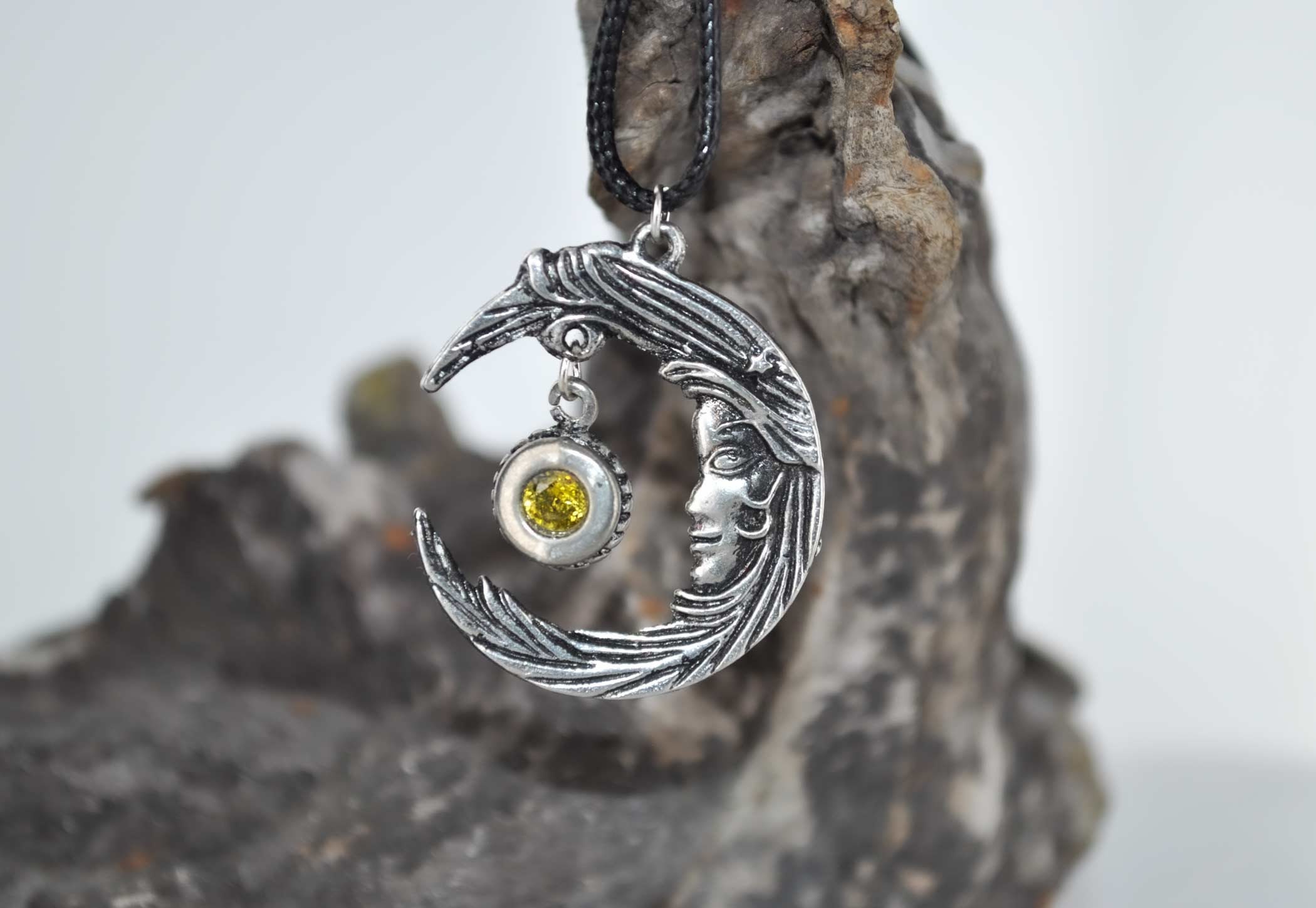 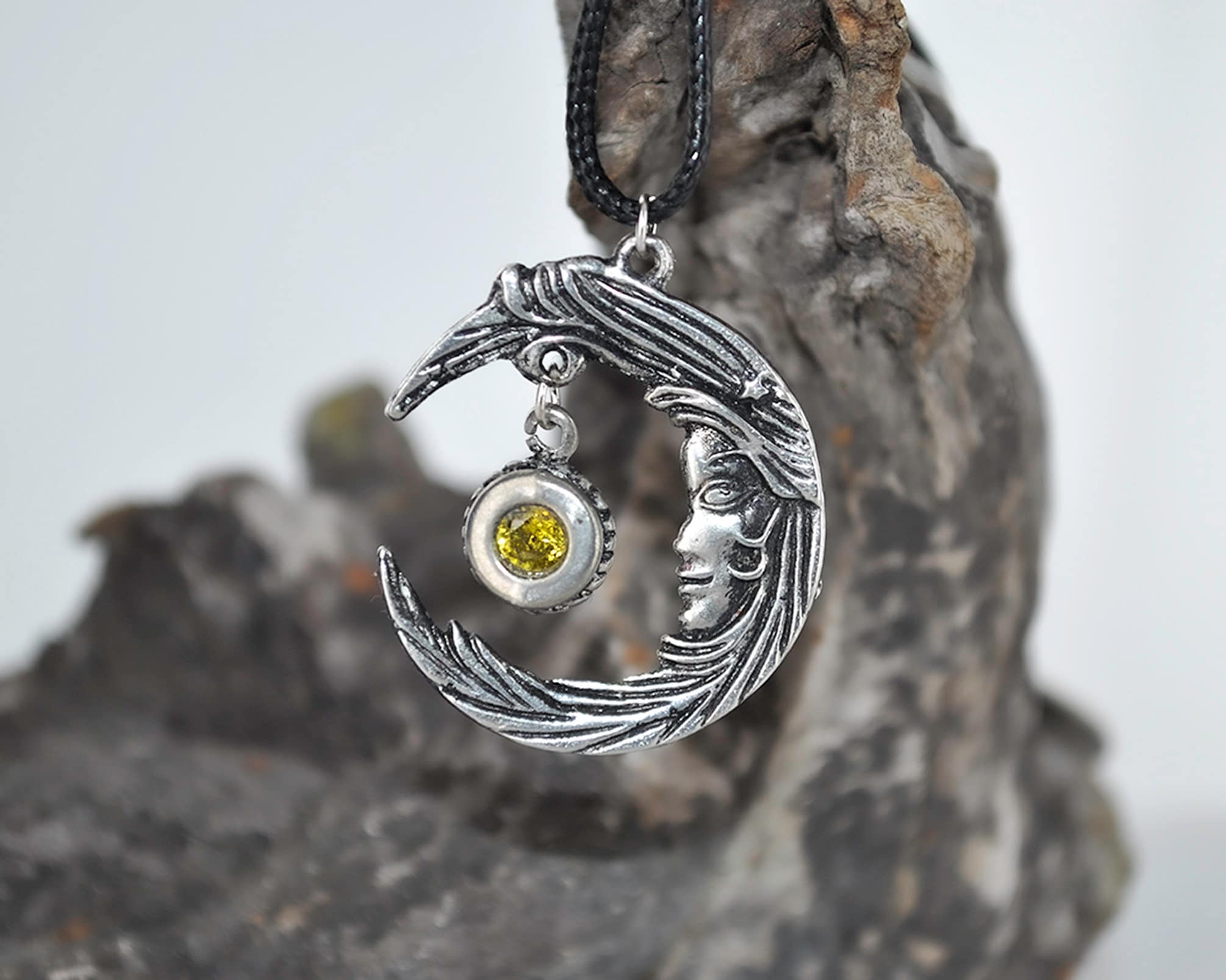 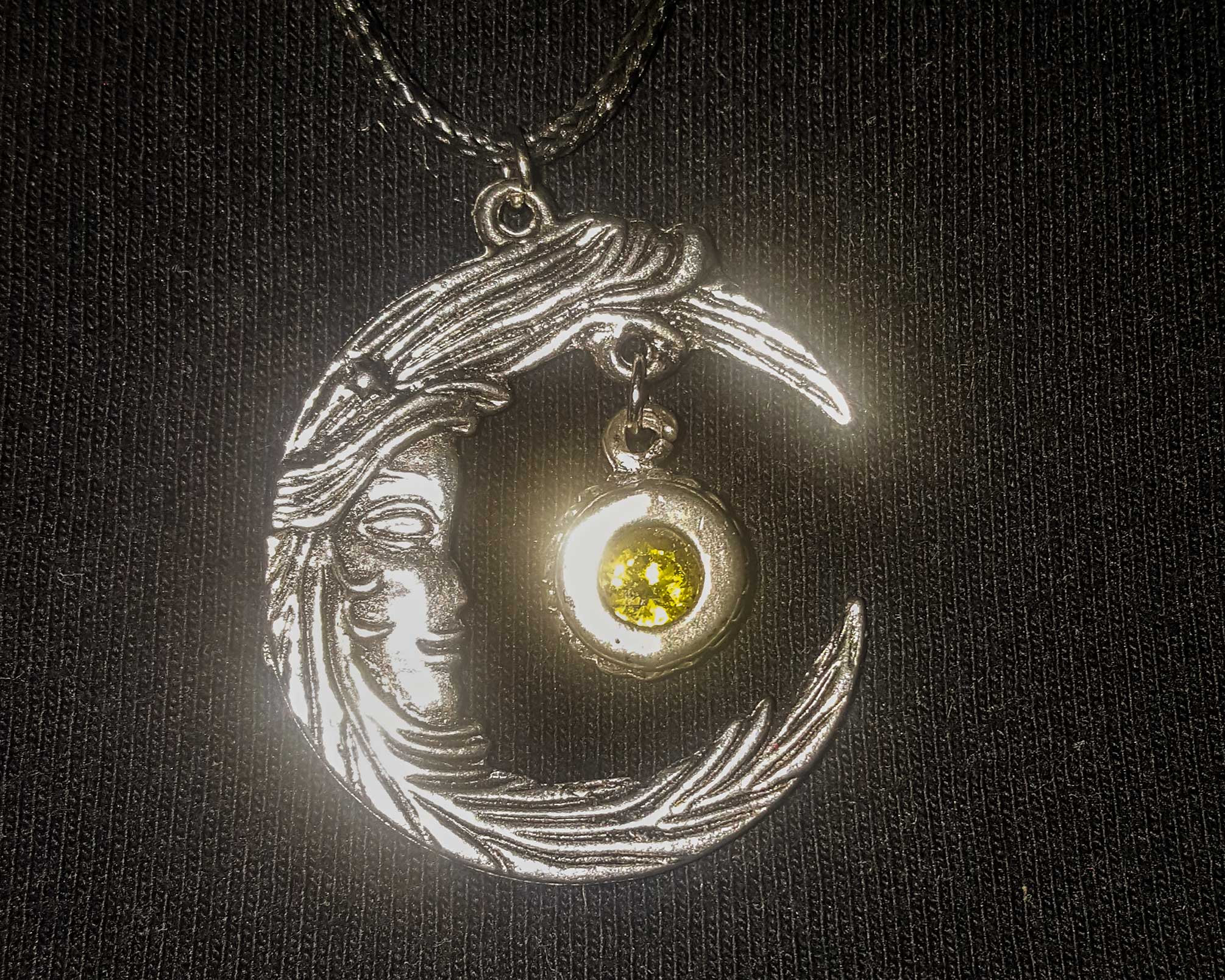 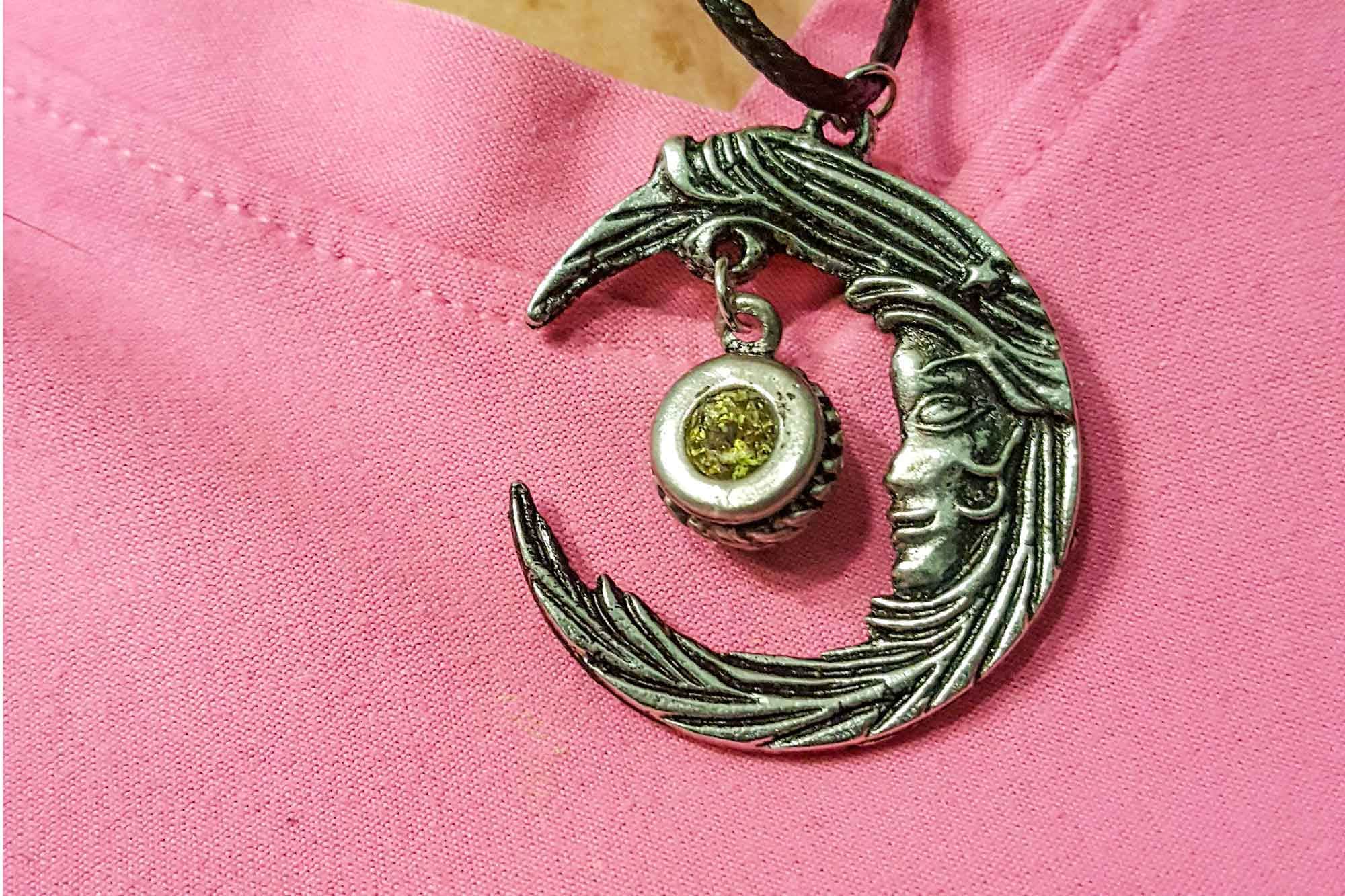 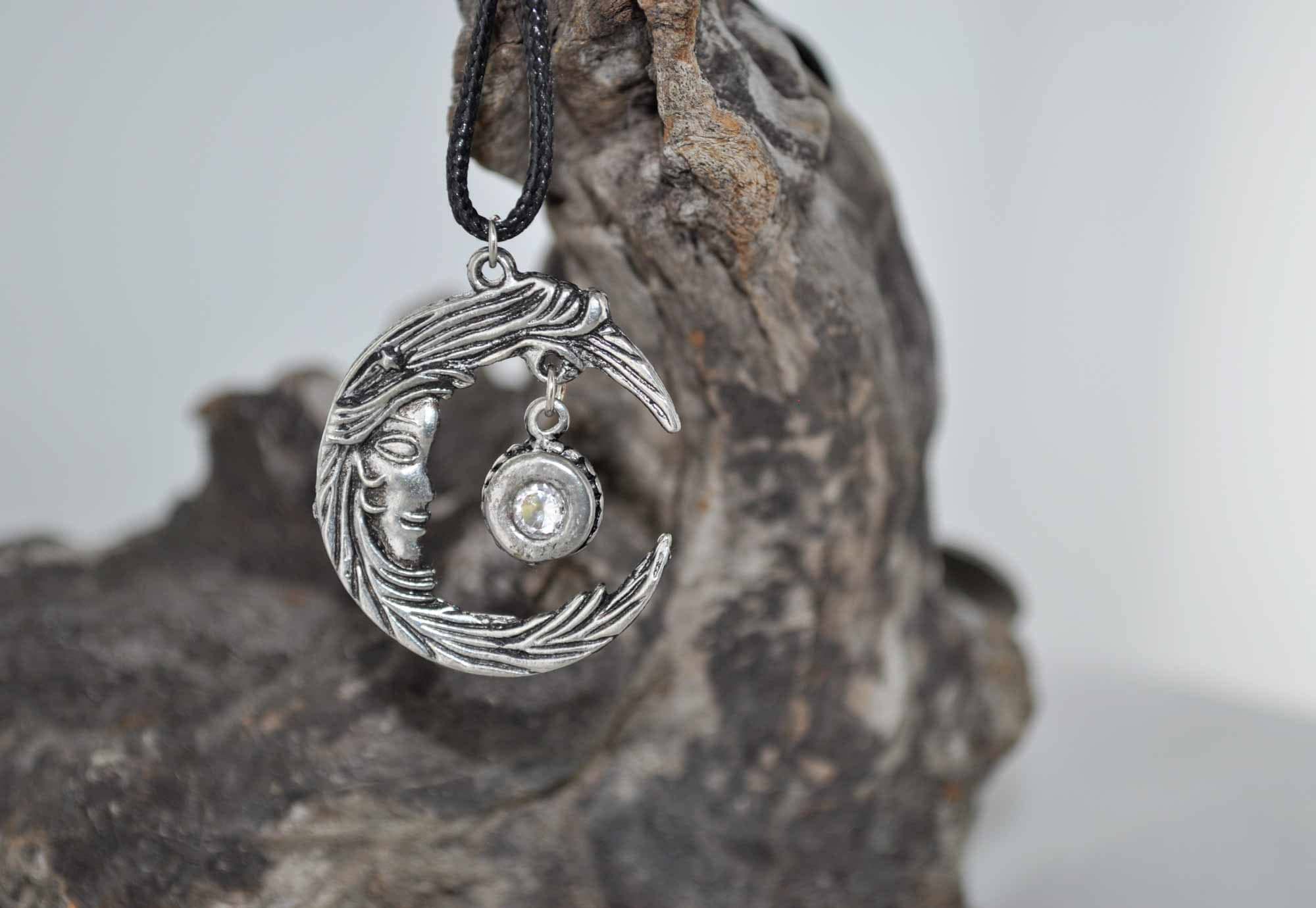 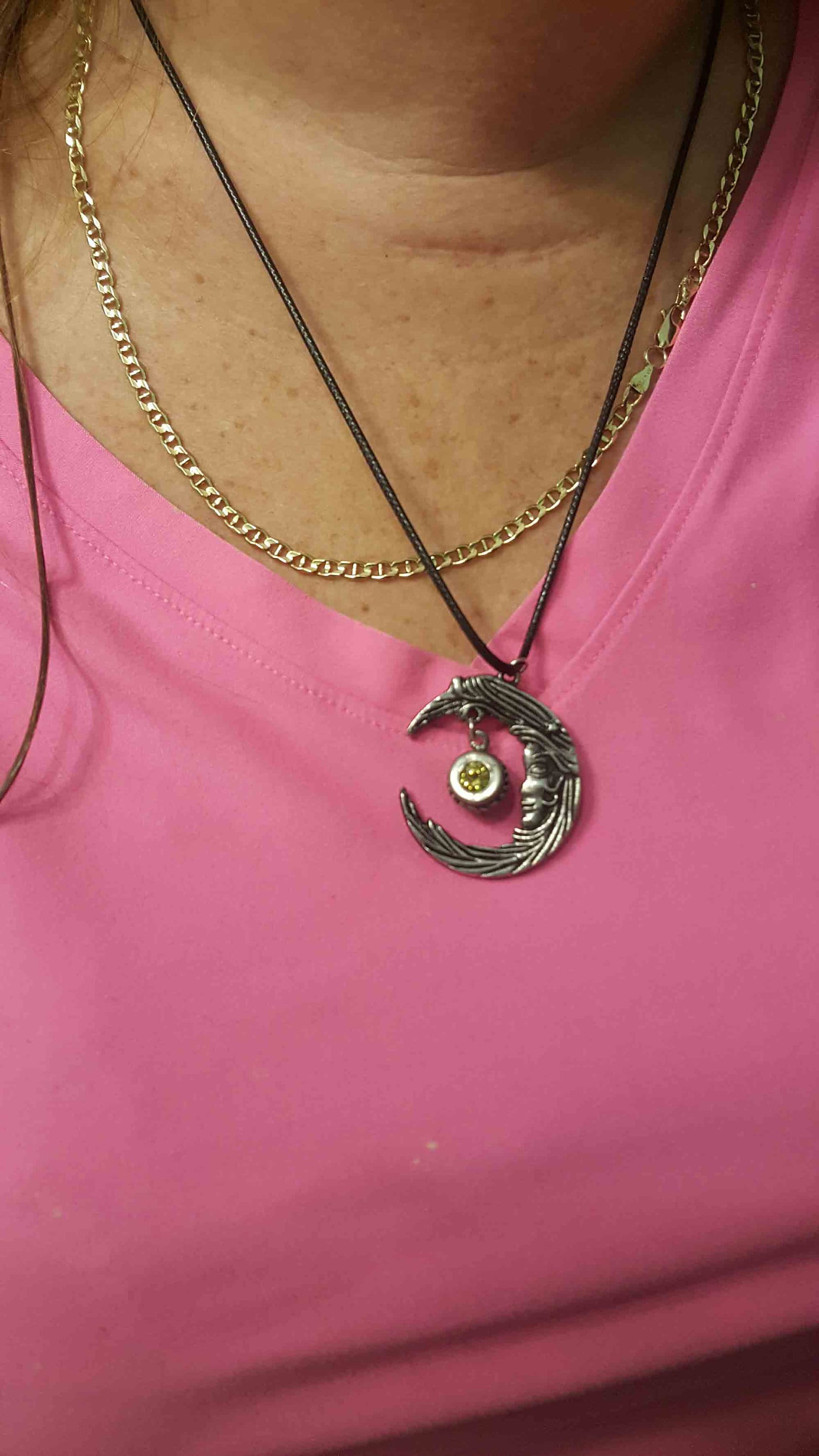 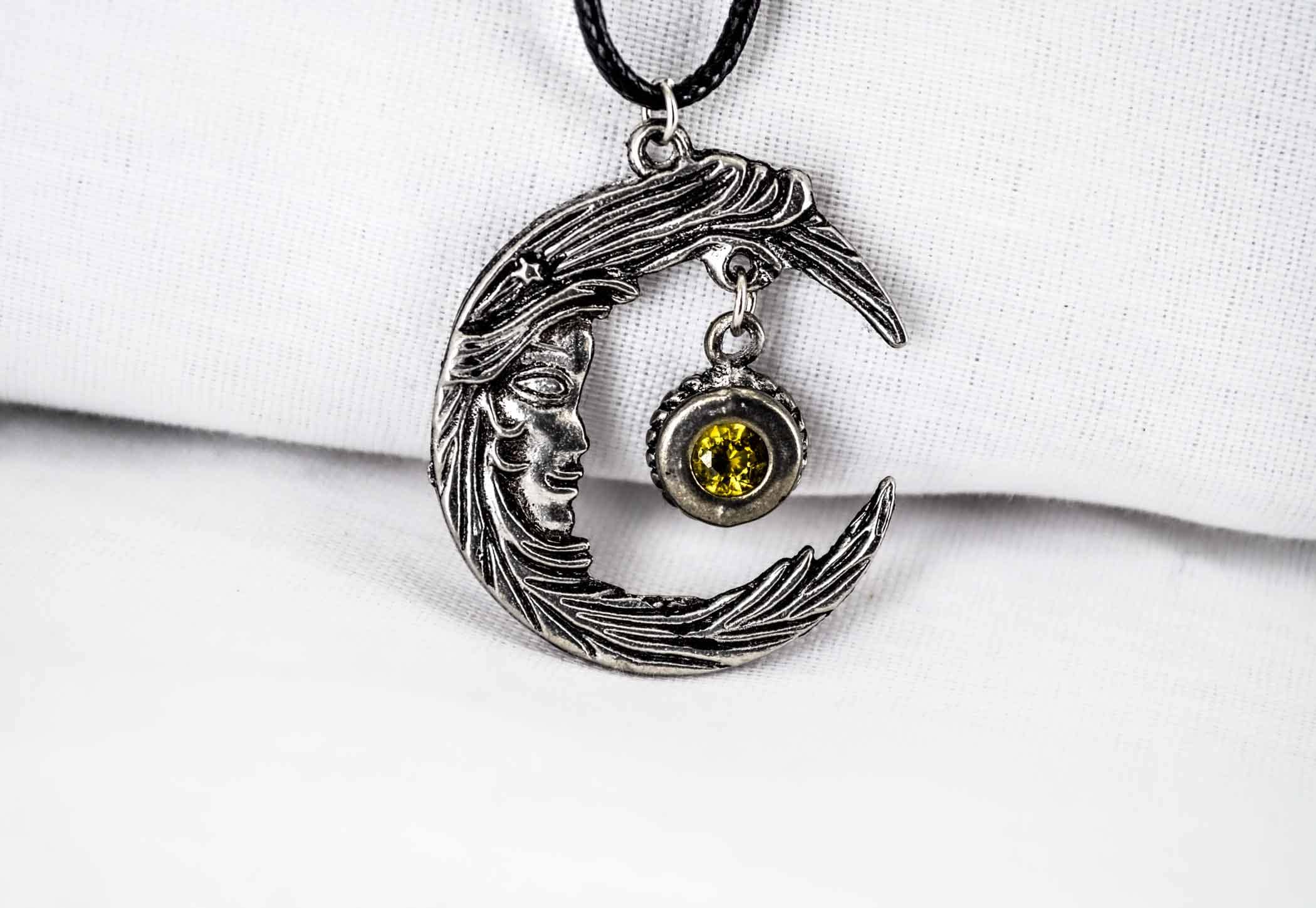 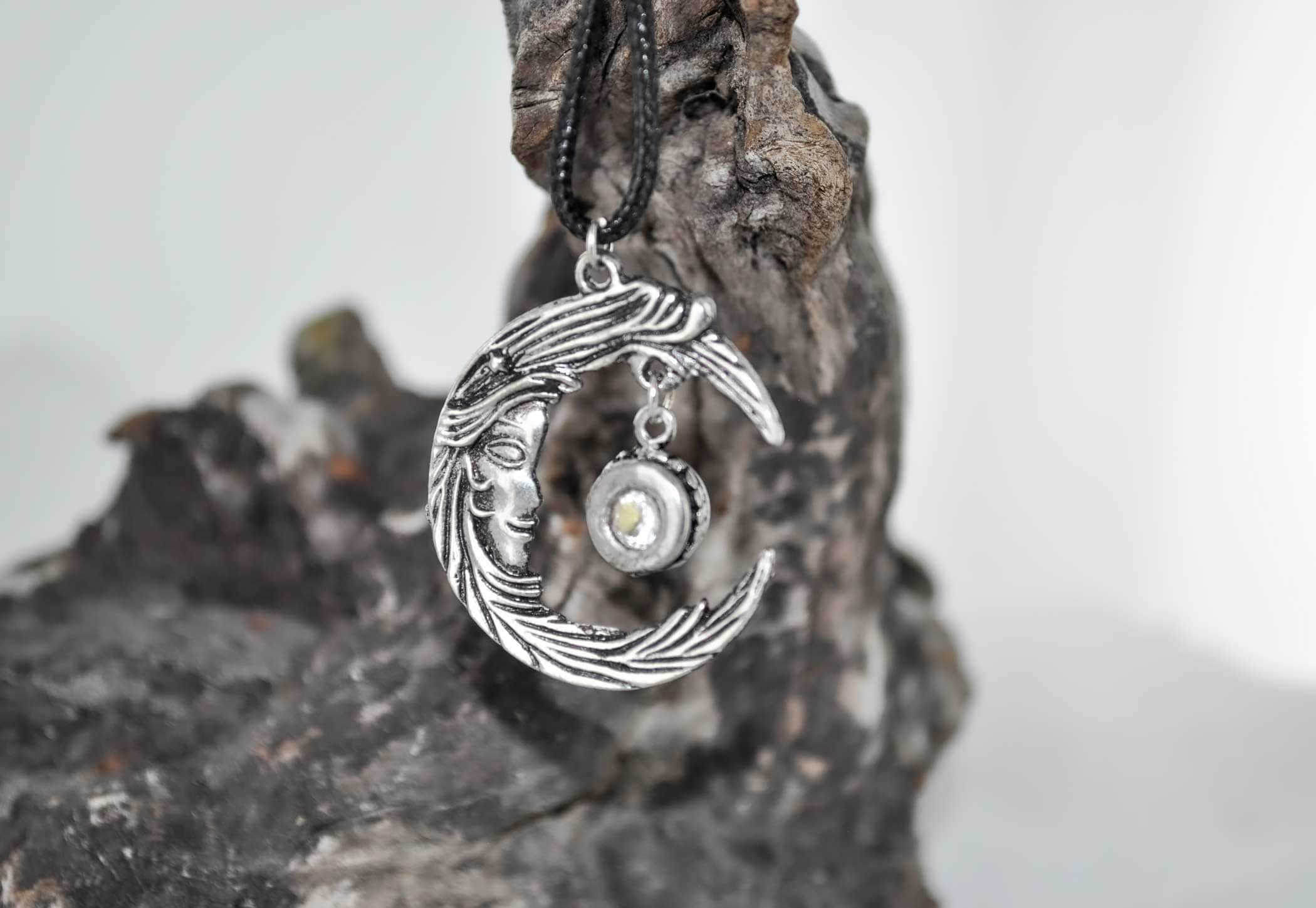 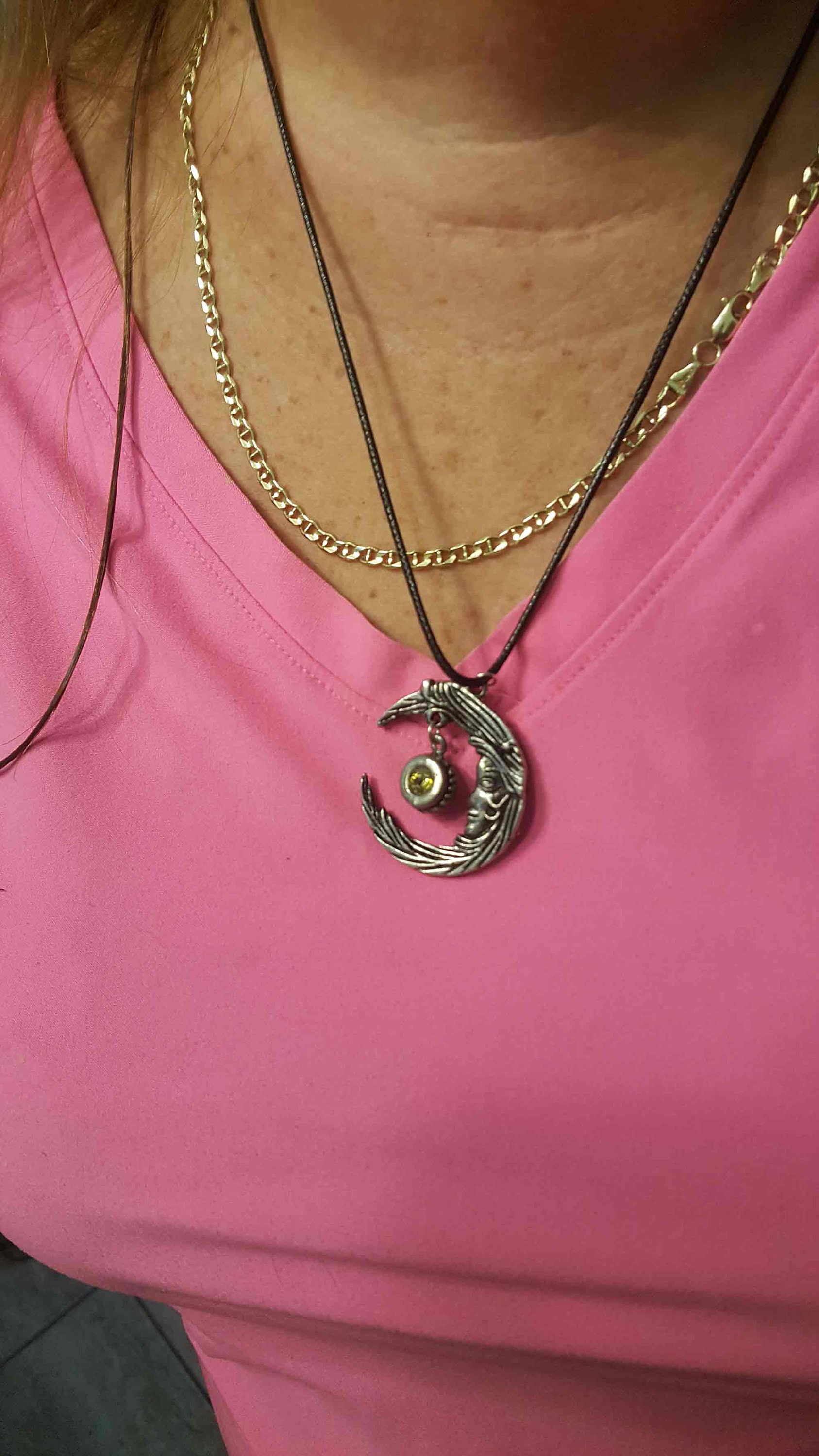 Moon and star, two sided gemstone pendant . All hand made in the USA.

The moon and star symbol are one of the first in human history. The first accounts I have found are from ancient Sumeria (4500 BC to 1900 BC).
The Moon and star were also found in ancient Greece, representing the moon goddesses Luna and Artemis. The crescent pointing upward to the star hanging above the Moon representing virginity and Female chastity
The Ottoman Empire used the crescent moon, and it dropped out of general usage until the 1830s, where it started to appear on a slant and was a common gift for a woman to receive on her Honeymoon. It was popular in jewelry through the Edwardian age (1901-1914)
The crescent moon and star nowadays symbolizes the spirituality of female empowerment of Luna and Artemis. Change is also part of this symbol, changing phases of the Moon and the rhythm of the tides. The star is representing a direction or guidance.
One ¼ inch across very light at 8 grams, the gemstones two of them in the star can be the same or any combination of the following. We can do special orders on stones.
All stones are Cubit Zerconium but In different colors: Green, White, Yellow, Pink, dark blue, London Blue, Moonstone, and a Mystic stone of many colors.

I'll do my best to meet these shipping estimates, but can't guarantee them. Actual delivery time will depend on the shipping method you choose.

I gladly accept returns and exchanges

Ship items back to me within: 30 days of delivery

But please contact me if you have any problems with your order.

The following items can't be returned or exchanged

Because of the nature of these items, unless they arrive damaged or defective, I can't accept returns for:

Ayotte Pewter is committed to protecting your privacy. We will not sell or disclose any information that identifies you to a third party without your prior approval. We may use the information we collect to periodically notify you about new services or special offers we think you’ll find valuable.

If you would rather not receive this information, you may send an e-mail to alex@fugawee.com with “Unsubscribe Me” as the subject line.

Ayotte Pewter does not sell, trade or rent your personal information to others.

0 items in your cart